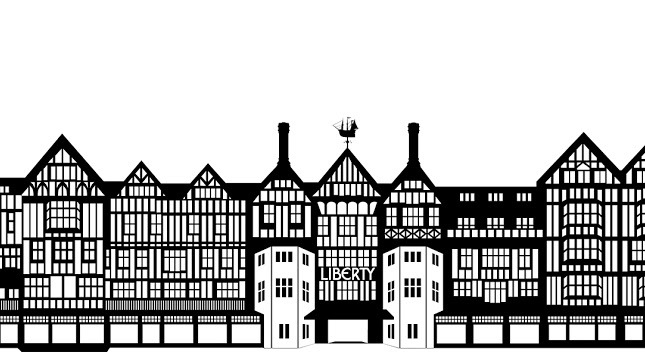 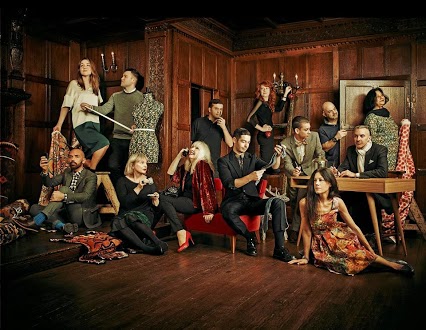 Today the first part of Liberty of London started tonight on Channel 4. A behind the scenes look of one of London’s most unique department stores.

At Liberty, you can buy an iconic silk scarf for £175, an Art Deco ring for £70,000 or even a life size cuddly bear for £1,995. Prices may be steep, but, as we learned in the fly-on-the-wall documentary, it is where the store’s wealthier customers do their weekly shopping. Felix Dennis said “this is my corner shop,” the multimillionaire publisher has furnished seven houses with Liberty items. “Expect,” he laughed, “there isn’t much in the milk department”.

Dennis was just one gem in the first episode of three in the new series set in Liberty. It was along the lines of Inside Claridge’s, the store had invited a camera crew through its doors to capture the organised chaos in the run-up to the all important Christmas season. The boss went shoe-shopping at Manolo Blahnik to talks about shoulder pads in the haberdashery department, it seemed, nothing was off limits.

The camera work sped through the various departments and zoomed in on faces and products, making me feel like I was wondering through the store and browsing its various items. The stars of the show were the employees, best described by the receptionist Judy Rose: “I’m not saying everyone’s mad, but they’re not normal.”

Liberty boss, Ed Burstell, was shown writing birthday cards to staff (“each one has a £5 voucher inside”). He is also trying to revamp the historic scarf department and try to squeeze selling space into every nook and cranny of the store’s Tudor walls.

Whilst in the knitting department, we met Grayson Perry, who proclaimed John Lewis is “too beige”; and Manolo Blahnik, inventor of high-end shoes, made a cameo in a pair of purple braces and white lab coat.

There was also the insight into the store’s recruitment policy was something else, with staff using phrases like “capturing the customer. If that took away the magic, it came back again with a trawl through the store’s 138-year history: black and white photographs of grand old Arthur Liberty and his wife Emma touring the Orient for the most exotic fabrics.

I enjoyed the insight into all aspects of Liberty life, and can’t wait to watch the rest of the sequel.